We created the project by criteria: Ideology - functionality - the task


The formation of structure in the landscape was created with the help of: ideas of form, ideas of material, ideas of light.

Bridge primarily performs the memorial function symbolically reminiscent of events at the Institute. Structurally it is a platform and a cover. All its contents are inside. Along the composition are pylons, which make you stop and pay attention without hindering movement. These five plates are the obstacle to light, as we move through these obstacles, and the light gets bigger. Five plates symbolize the obstacles in the way of heroes, this is also the five days (February 18-22, 2014) that killed the largest number of protesters, symbolizing shields and barricades.

In the cover of the bridge are cut out all the names of heroes of the HEAVENLY HUNDRED, who will be emotionally emphasized by the weather. Rainy weather transfers sum symbolically eternal tears. And the sunny weather fills him with a life, a bright future; behind which are the heroes of the HEAVENLY HUNDRED. Names of light will be projected onto the walls of the bridge. Thus the object sounds at any weather and any hour of the day. The public space is a place of tranquility, intended for reflection, memory and faith, situated in a quiet area. The square and the memorial stella are symbolically reminiscent of the scar that has remained in our history and our hearts for the eternal memory of heroes. The bridge and the public space create an integral composition that is combined with material and light.

The idea of the material. The main material of our project - corten, Corten steel is the accent of the material is the brutal mood - which symbolically convey the emotions of the events of the revolution - the feeling of struggle - fear - fire - barricades - the desire for change. It does not argue with the environment, but harmoniously complements natural textures.

The idea of light. The decisive role in the project is played by light. Daylight passes through the carved names of heroes on the bridge. By artificial light we emphasize the plate that symbolizes the scar. The night creates a slot feeling the scar in the hill is composite light bound two volumes.


Keeping the existing pedestrian and transit without the threat of deforestation - we have a bridge and additional walking paths. The bridge is equipped with stairs and a ramp for the underprivileged population. The axis of the bridge flows into the public space - the square. The square is emphasized by architectural detail, which enhances the overall composition and serves as a memorial plaque for the memory of the heroes, in addition to the place of worship and mourning, the square creates meeting conditions and opens panoramic views.


Analyzing the plot of land and the tasks set, the following problems were solved:

- conservation of the existing park and existing trees

Our formula is the sum of the components:

All created volumes carry the main - the memorial and functional component without burdening the urban environment. In the complex we tried to convey the pride of the people who rose for their dignity, love, grief, loss of loved ones, death, birth of a new generation of consciousness, feeling of being a citizen, a person. We are moving away from the project by stereotype, solving the memoir with innovative ideas, we are for democratic things, as is MAIDAN who stood for the future and change! 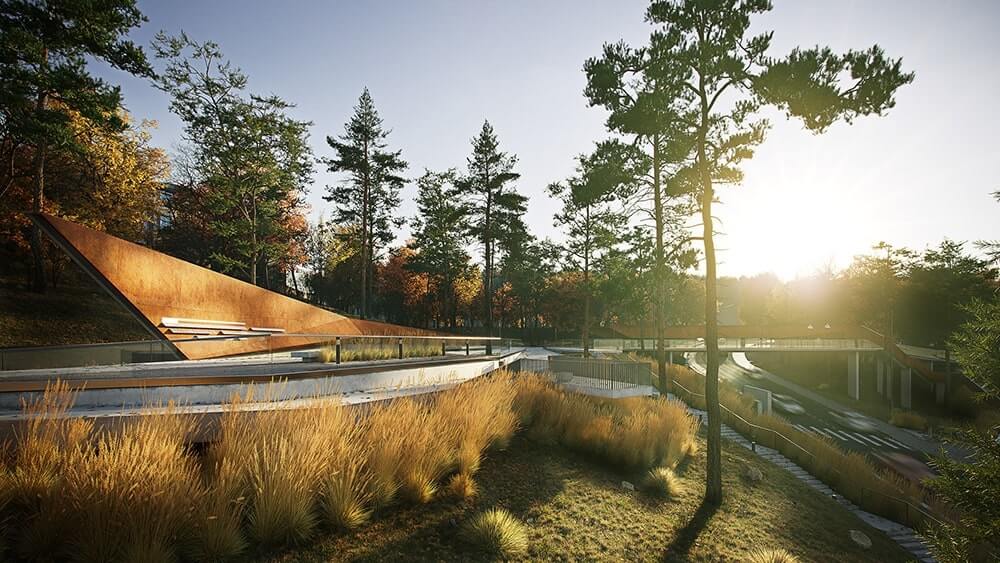 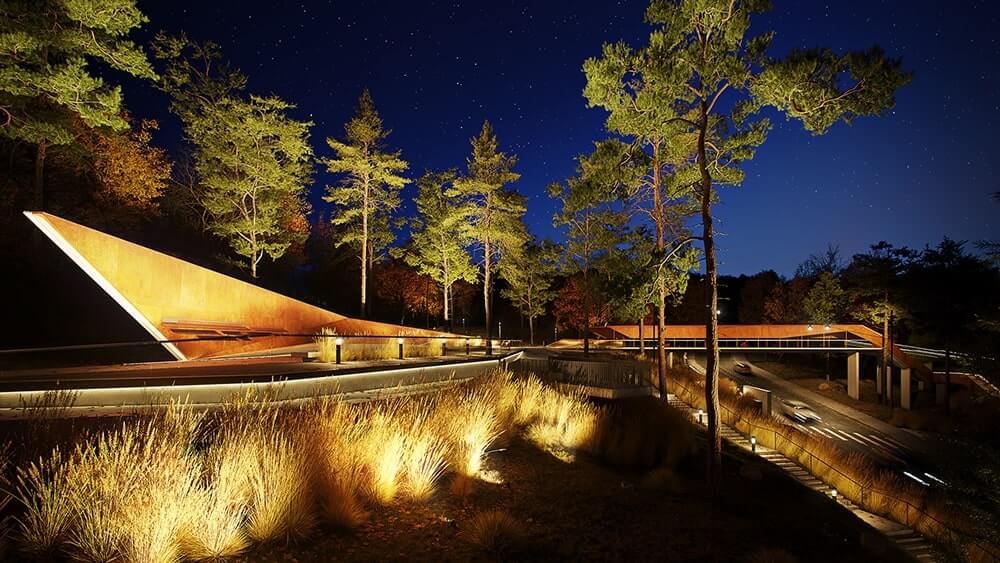 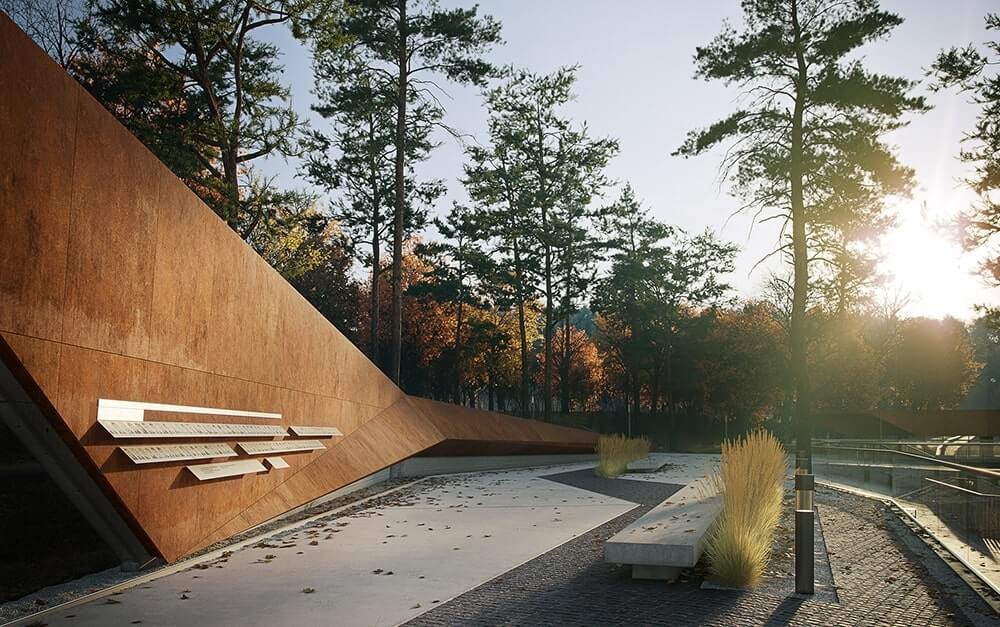 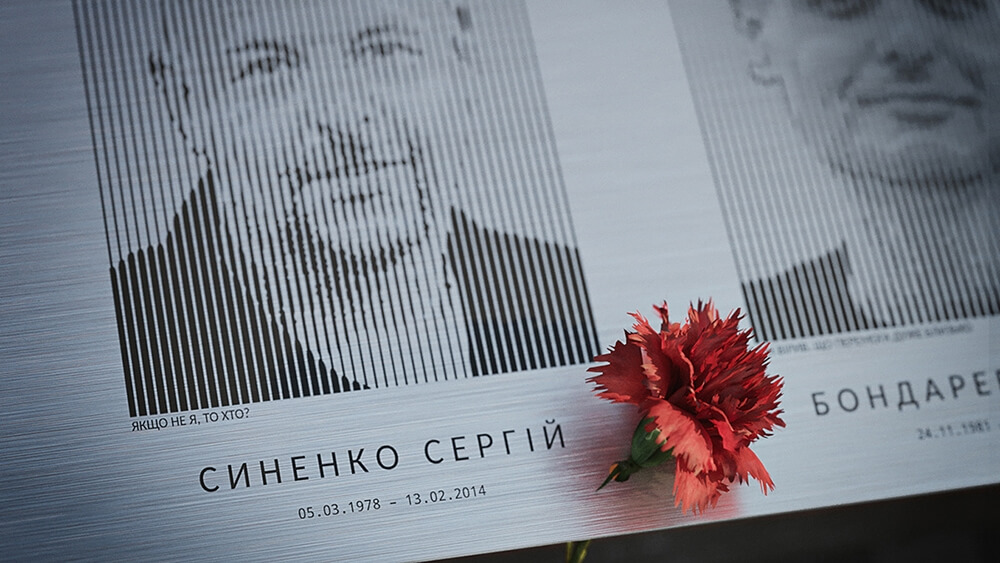 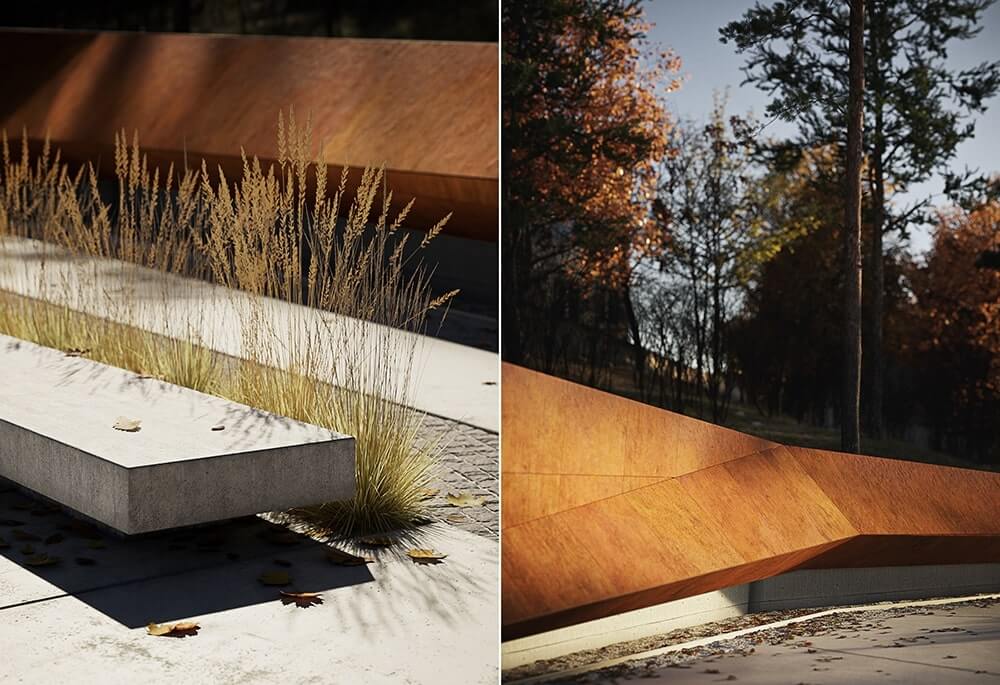 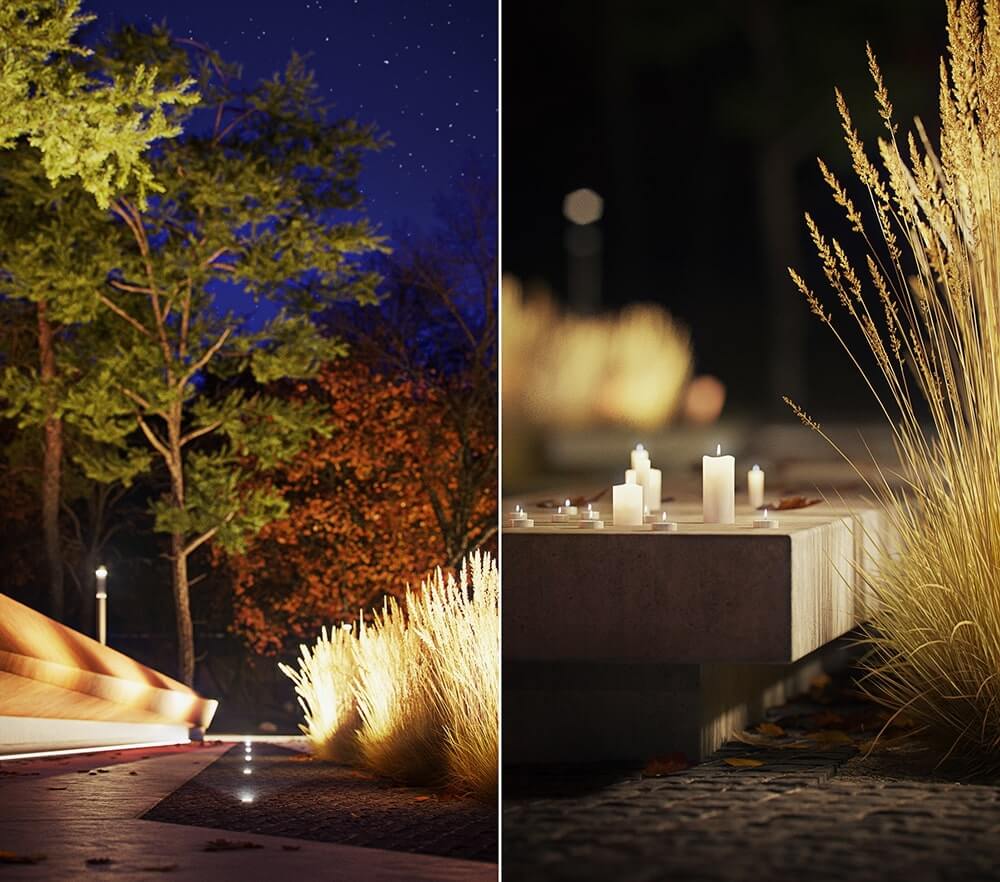 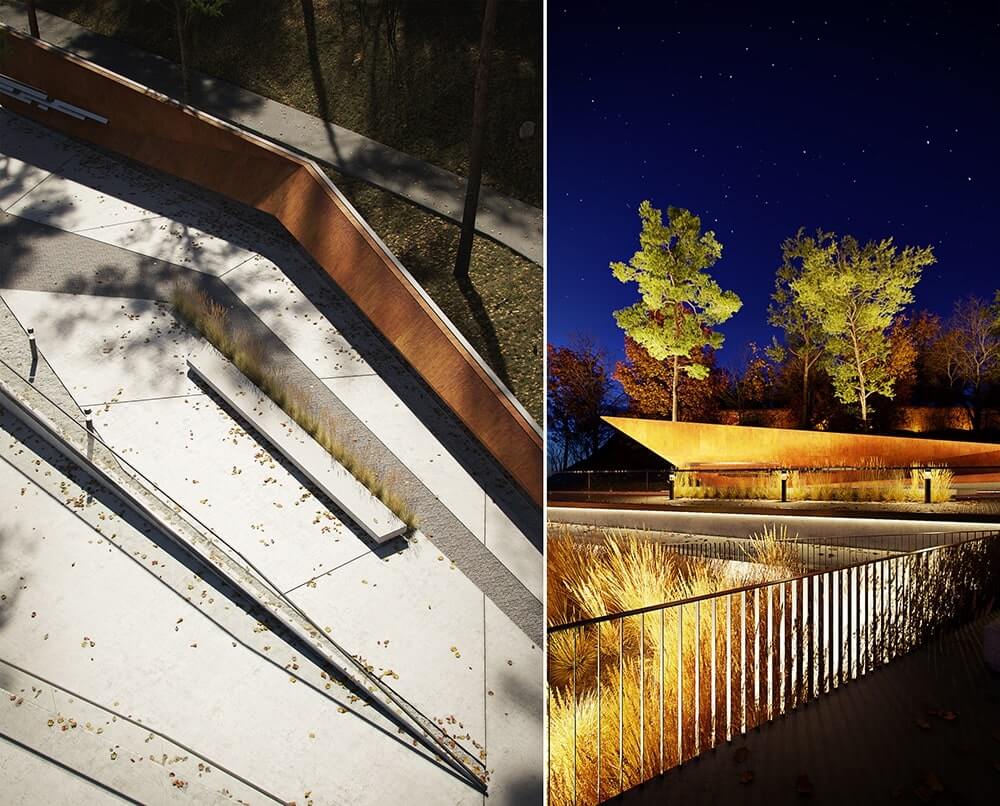 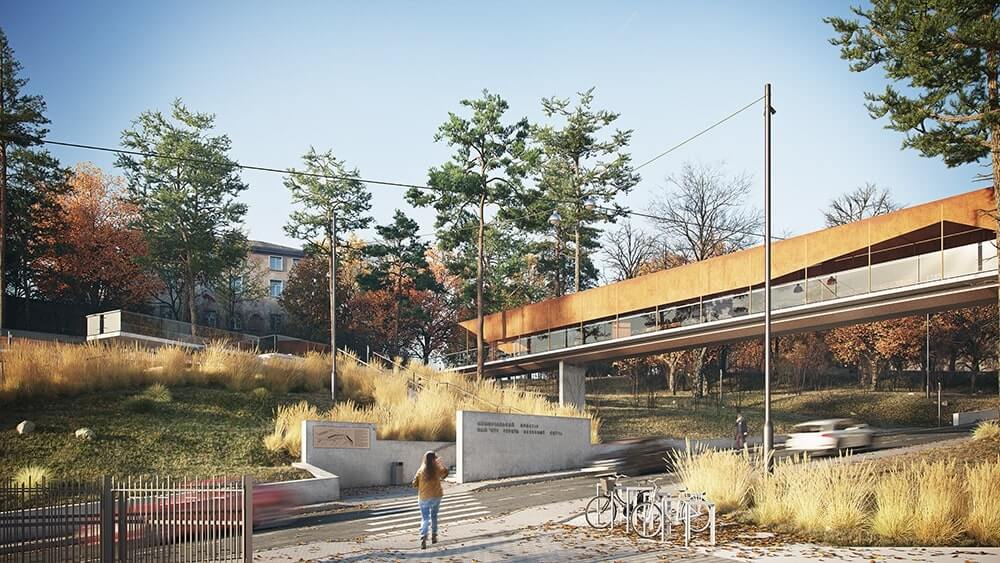 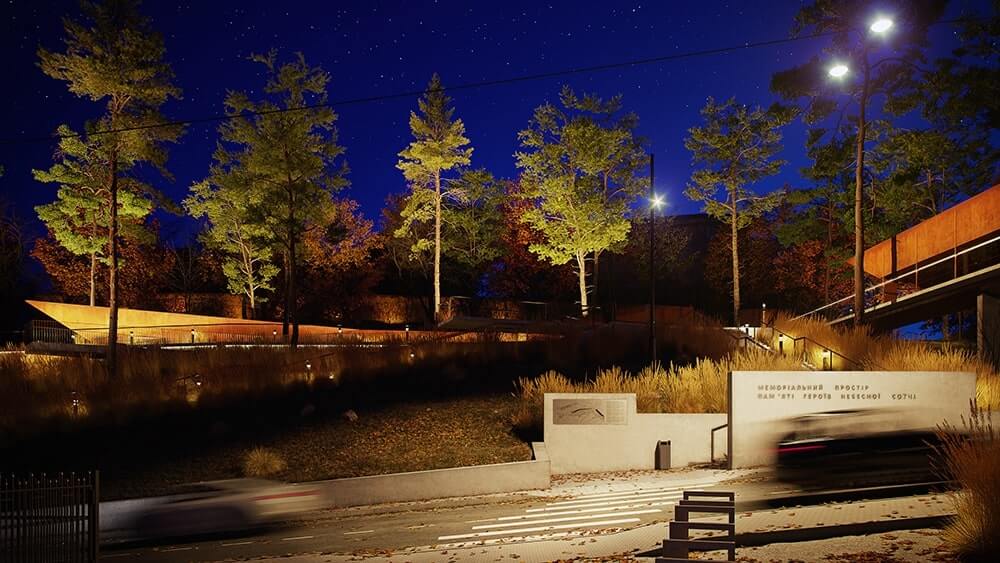 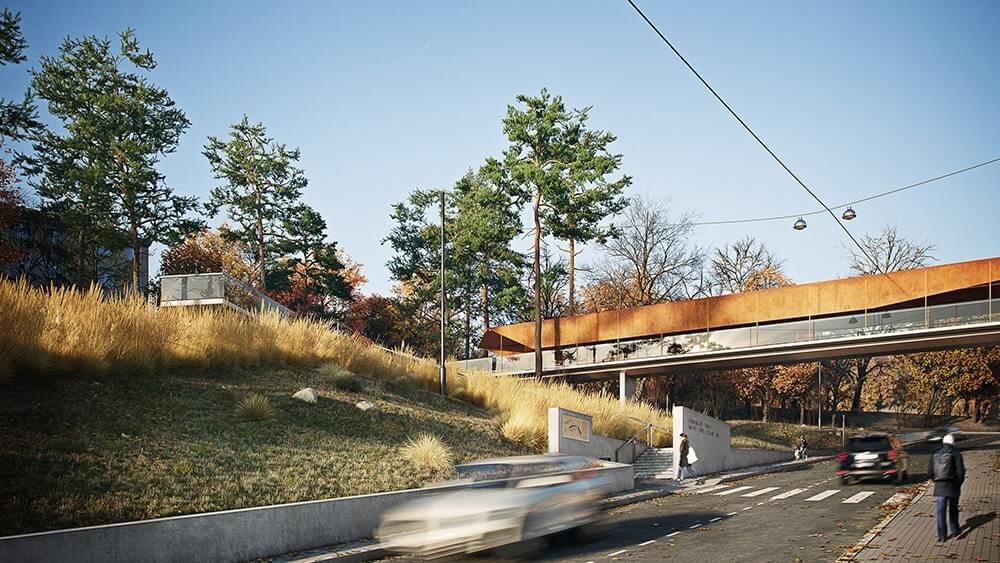 You can see more Andrei Goncharenko's renders by going to his portfolio be.net/a_honcharenko The Serralves Museum of Modern Art in Porto has long required an expansion of space. The architects of depA bureau built a pavilion for him in a luxurious park adjacent to the museum. And they tried to make their construction really dissolved in nature. 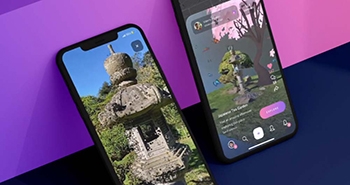 Use your phone and the Display.Land app to scan locations and objects to real 3D Models which you can open in Cinema4D, Blender, Maya and more.