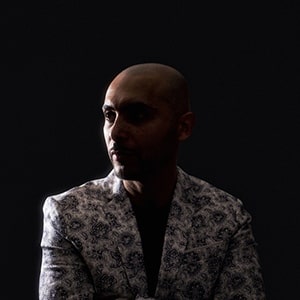 Karim Mousa's Egyptian ethnicity led to many "descendant of the Pharoah" jokes in the five years he lived in Bergen, Norway working for the highly regarded design studio Mir. If only his colleagues had known his true claim to fame as a former international Taekwondo champion...

Karim has lived abroad for more than a decade as he was based in Dubai for six years before Bergen, developing architectural work for global project design consultancies such as Dar Al-Handasah. Today, Karim is still kicking the martial arts sandbag and using his powers of art direction and worldly experience to bring unbuilt architecture to life via his visual design experiences and explorative approaches.

Concept communication and exploration of ideas define the core of our work. Custum creation of visual directions and experinces to unfold different design identities and connect narratives. Emphasizing the fabric of every unique project aspect to have a fingerprint of its own.

If you want to see more Karim's works, just click on https://www.mozses.com or on Behance.